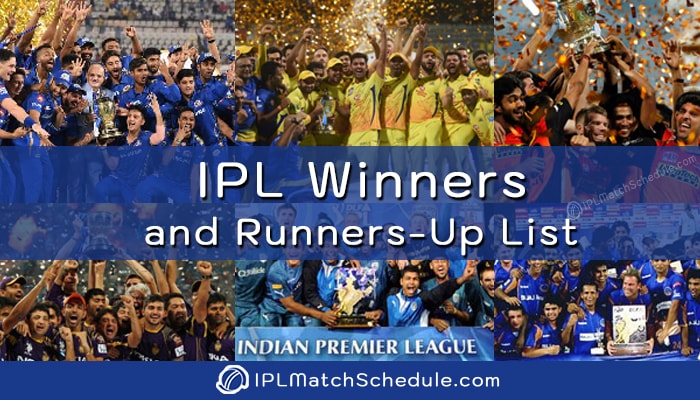 March 27, is the day when season 15 of the most awaited domestic cricket series of the world, IPL will start its journey. It can be the 27th March according to Tata IPL 2022 Time Table update by Cricket Board. Indian premier League inaugurated in 2008. Since then it has been the most popular and most celebrated cricket league in the world. We are all set to witness the battle between the 10 franchises of IPL for one common goal i.e. to lift the Tata IPL 2022 trophy.

As everyone is eagerly waiting to see a new champion for the upcoming IPL T20 series, let’s look back to the IPL history. If you look at the winning teams, some have already won more than once while there are some teams waiting for their first-ever IPL T20 trophy.

Look at the below table for winner, and runner up teams year by year.